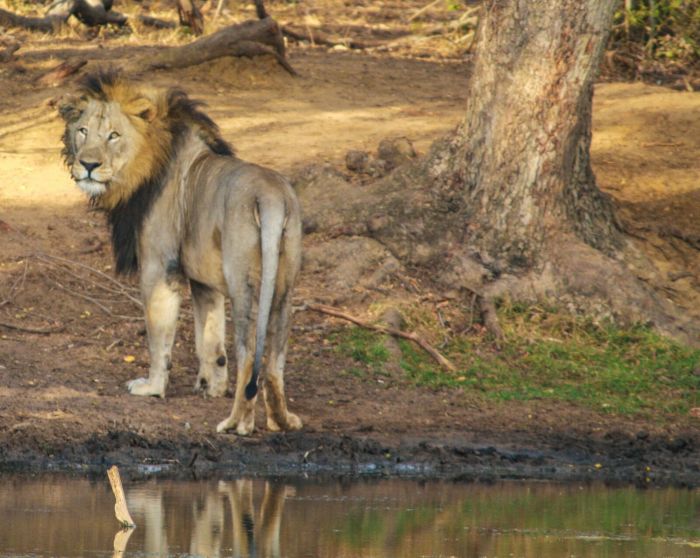 It had been a long day of building water towers in the heat that is Northern Natal.  The sun was baking down on him and his khaki shirt was stuck to the middle of his back.  He put the finishing touches to his task at hand, stretched his back out and slowly walked up a big mound of rocky outcrop.  The sun was setting and the world beneath him was filled with an  orange glow.  He looked down on the plains stretching out ahead of him, his jaw set, his eyes burning with passion, and slowly raised his arms.  He shouted out, “Yes, I accept, yes, please teach me all I need to know, yes, please take me as one of yours and let me serve you.”  Tears of joy seeped from the corners of his eyes and his heart was pounding as he made is way down the outcrop, his breath raspy with exertion.

The son of a builder he had arrived in the greater Mfolozi Park, with  building ability learned from his father and a need to work in the outdoors.  He had a willingness to learn and the greatest teacher of all time, Dr Ian Player.  It became clear that Ian Player embraced all that he did, most notably the earth was a part of this man with a huge social conscience and the importance of being.  Ian Player embraced Carl Jung and went on to be a founding member of the Jungian Analysis Centre in South Africa.  His philosophies and teachings would have great bearing on this young man with a fiery spirit and a complete supplication to the earth and where his life had led him.

I listen to this tale told to me on my park bench in Lever Road.  I have made firm friends with the now elderly Gordon who became the Chief Ranger of Mfolozi Game Reserve after Ian Player and a Senior staff member of the Natal Parks Board that sadly was.  I am continually fascinated with his many stories, he is filled with gratitude for a life well lived, a wife chosen well, who has stood fiercely at his side through thick and thin, and it is now with this further insight into the depth of the man, that I realise that when he took ownership of his life, supplicating himself to the earth and vowed to be a custodian of it, it was precisely at that moment that the universe would have kept him safely ensconced in her arms.

I am loving this opportunity to listen.  To listen to the people who have been successful with their personal happiness.  Happiness and success starts with you, not with your relationships, work, money, just you.  My own introspection has coincided with my friend Kathryn Wiseman’s launch of her beautiful book, “Hiding in the Shade.”  It is available on Amazon.  Discovering and leading a fulfilling life needs you to say, “Yes,”  “I want that.”  “Yes, I can do that”.

In closing,  from Carl Jung himself, “Who looks outside, dreams; Who looks inside, awaits”

One thought on “Supplication”