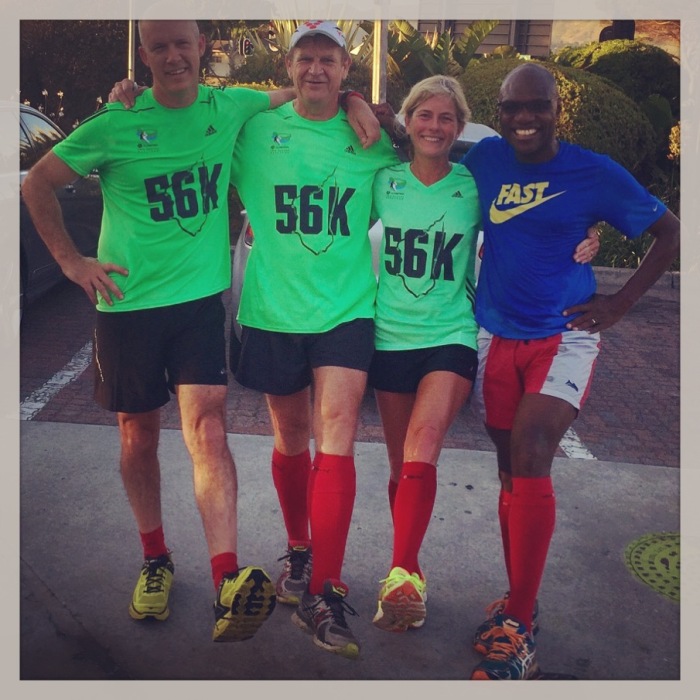 She was restless.  I sensed an underlying desperation in the movements.  Once Annabella arrived in our strange new temporary “home” it seemed better, but that was the beginning.  Our early morning and nightly leisurely walks soon turned to trots,  poor little Annabella would take off at pace and I could sense them both filled with a mad freedom, but sadly Annabella would eventually lag behind.  She did stop, not too graciously, I must add, to accommodate the little dog.  Our routine was adjusted.  Now an alarm would go off, up she’d get, “wee” Annabella, then hit the pavements.  To be fair to her, I did enjoy it just as much as we familiarised ourselves with the suburbs of Newlands, Hidding and Fernwood.  We would screech home at pace, up the elevator, leash on and then Annabella would get a turn before her crazy work day started.  She now hauled me up steps at home and work.  This went on for a few months and although I wasn’t taking too much strain then, there were a few chinks in my armour.

We then started driving three times a week to go to Constantia to run.  She had found a group called “Run Walk For Life.”  Her heart was pounding at that first session, she doubted that she could keep up or run 10 kms and she was paired with an older man who knew a thing or two about running.  The sense of achievement pulsating though her was palpable all the way down to me.  She was alive, there was a spring in her step, I heard her laughing more, the old man became her friend and soon they were running extra days.  I remember one such run up Rhodes Memorial, it was tough, they turned onto the dirt track,  I started to take strain and on the way back let her know, she ignored me.  I seem to remember her rubbing me with Arnica Ice, but that was that.  She changed shoes and I tried to behave.  Her work pressure became too intense and she was no longer able to run with this group of   “later in the mornings group.”  I felt her pain as she left this happy mob she had just met, but her resolve is huge and we now found a group that could run earlier.  They go by the name, Illuminati. Once again, she hit the road anxious that she wouldn’t keep up, but of course she did, she would never not.  Three times a week became six times a week.  10km per session became 10-12kms and weekends she expected 2 – 3 hours of me on Saturdays and Sundays.  As much as I wanted to scream and hurt her, I sensed that this relentless need to run was hiding the sadness.

Well in the next few months besides 21km races, she entered a 56km race.  All the time I was niggling her, but she ignored me.  We hit the road soon after the 56km race.  I know she was often sore, she limped when no one was watching.  One particular Saturday, just outside Fishhoek I decided I had had enough for one outing.  I reacted strongly and she eventually stopped in her tracks.  She allowed me to walk, but I was behaving so badly that this was excruciating too. The next thing  I knew I was having cortisone injections and these can really sting.  I felt I was failing her as she hobbled around, but she had now also entered a 89km race.  We interspersed the odd weekday runs with rest to prepare for this next event.  Well I couldn’t cooperate from the Durban City Hall, which was basically the start of the run.  She relentlessly pushed me though the entire distance,  my pain and hers jangled as the shock waves traveled from me, up her calve and through to her knee.  She ran on me for 59kms and she forced me to walk/hobble 30kms.  You would think my story ends?  No, she rested, I did have some recovery time and we started the early morning gallops again.  I made it difficult for her, stopping her in her tracks at times as I pinched back at her.  As the year was ending,  I snapped, I threw my toys properly, she could barely walk.  She took pain killers before her final run with her good friends, my dislocated toes and swelling killing her.

7 hours in the icy theatre,  bone shortening, metatarsal plate repairing, pins, plates.  I was bound in plaster of Paris for 6 weeks.  She cried silently in pain.  She returned to work on day 3.  Up and down 2 flights of stairs, falling with the crutches, humiliated, angry, guilty for impeding those around her.  The stitches cleaned with solution went septic, Christmas Eve was so sore, she didn’t know where to put me.  The house was full and she tried to be jolly.  The new year began and she was transferred.  Taxi’s became our mode of transport.  Her heart was crushed.  Eventually the six weeks were over, and I was unveiled.  She hated me.  She hated looking at me, and she couldn’t touch me, other than bathing me.  I was covered in a Moon Boot for another 6 weeks.  Her mood lifted, she was able to get around independently and soon we were going at pace.  She soon flung me off when she wanted to drive somewhere and swore like a trooper when I had to have the boot back on.

It is nearly a year.  She looks at me now.  She will even put cream on me. She has got used to me.  I frustrate her so much, she sometimes cries.  She screamed at the sea the other morning when no one was there.  My bones are all mended, but my muscles are stiff and tight and holding her back.  She is trying to get me to run and I badly want to oblige.  My muscles let her know in no uncertain terms that they are to be stretched and nurtured. Her new Guru has calmed her, he is instructing a path that we can meet each other half way.  She now has me strapped to an indoor cycle 3 times a week.  She sweats up a storm, I’m dizzy as all hell, but we are working together at last.

Crazy lady, but I will match her every step. 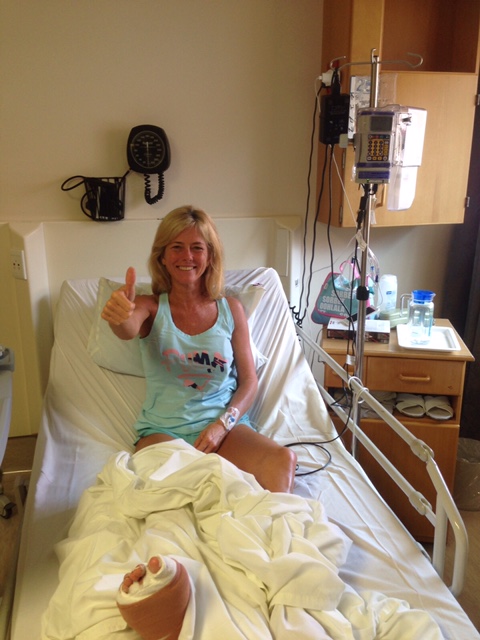 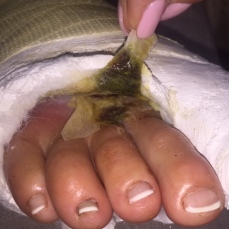 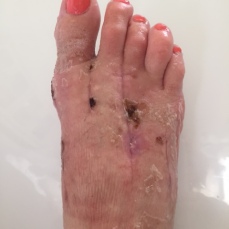 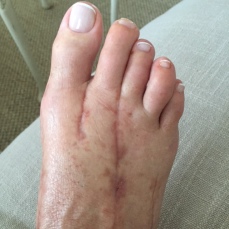 7 thoughts on “Footloose and Fancy Free”